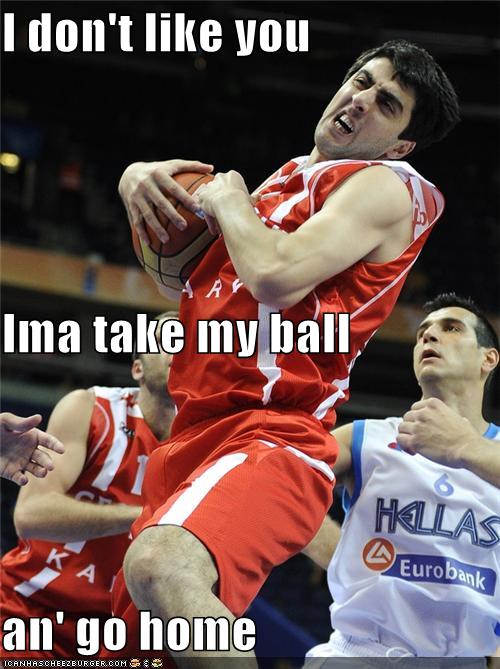 This is huge, and will change how Slingshot does servers:

As a note, SBS 2011 already redirects this for you.  But if you’re stuck with SBS 2008, there are tons of articles that show how to automatically redirect users :

Microsoft has 4 different articles on the topic, but the forums are still covered with it.  The solutions vary on a few themes:

Other solutions either forget you can’t get past “Require SSL” to reach the redirect, or they don’t know you’ve already been redirected (creating an infinite redirect loop and “Too many Redirects” error).

I think I have a much simpler solution — Just set the OWA directory’s 403 error to redirect to the right URL.  Here’s how:

Hope it helps someone.

So I’ve been happily using Windows 7 for a couple years (since the beta), but just finally moved my family into it, and discovered a new issue in the process:

Like XP, the “Win+L” key combination locks your profile so the next person won’t “be you.” But instead of the main Welcome screen with the list of accounts, you get the Switch User screen, with a button to take you to the real Welcome screen. This a confusing extra step when you’re the next guy just looking to login.

I did some research, and it looks like a LOT of folks have wondered how to skip the Switch User screen, but without luck.

Not sure, but I may be the first with a decent solution. The ingredients are tsdiscon.exe (which does the “Switch User”), and Task Scheduler (which hooks it up to the Win+L combination), both of which are built into Windows. Here’s how:

2011-01-17 UPDATE:  As I was setting up this tweak on a new system, I noticed Windows 7 HOME doesn’t include tsdiscon.exe. It’s easy enough to copy from a Win7 Pro machine (from/to %windir%\System32), and then works as I described.

2011-02-10 UPDATE:  It looks like I was on the same track as Duncan Smart.  He didn’t make automate it with Task Scheduler, but he did write a downloadable substitute for tsdiscon.exe (handy if you have no access to a Windows PRO machine.)

Well I’m over a week into my experiment.  Here’s what I know:

So I think it’s a good thing and I want to continue.  My next thought is about getting a real standup desk (“real” as in no cardboard boxes required).  Apparently, IKEA’s Jerker is Undisputed King of Standup desks.  It does look great, but I can’t seem to find it.  More news as it happens…

(I wasn’t in the office yesterday, but was still mostly on my feet).

Today I took a plunge with a standing desk, for a few reasons.


Health
I often sit all day long, and rarely make the time to exercise.  Humans weren’t made to sit.  I think this sums it well:

Sitting is one of the most passive things you can do. You burn more energy by chewing gum or fidgeting than you do sitting still in a chair. Compared to sitting, standing in one place is hard work. To stand, you have to tense your leg muscles, and engage the muscles of your back and shoulders; while standing, you often shift from leg to leg. All of this burns energy.

For many people, weight gain is a matter of slow creep — two pounds this year, three pounds next year. You can gain this much if, each day, you eat just 30 calories more than you burn. Thirty calories is hardly anything — it’s a couple of mouthfuls of banana, or a few potato chips. Thus, a little more time on your feet today and tomorrow can easily make the difference between remaining lean and getting fat.

Productivity
Not that productivity is what humans were made for either, but if I’m taking time away from my family and Life to go work, I should use that time well.  Too often my train of thought is “I’m sitting in front of a computer, now what can I do with it?”  rather than “For what purpose am I standing in front of this computer?”

Peer Pressure
A friend and several bloggers I respect have made the switch, and had good things to say.  I’m a big fan of reviews and anecdotal evidence.  :7

…So this morning I put some cardboard boxes under my keyboard, mouse, and monitors.  (It’s ugly, but a cheap way to try before I buy a real standing desk.)

If you do anything on the web, you should read this great article on URL Design by Kyle Neath.

(hat-tip to Trevor Davis for sharing)

Microsoft says its Important that I get the Bing Bar…

(and a dozen other whatnots, all of which will increase the security surface area of my system)

…but it’s just optional that I have current security software?!?

To be clear, I do not recommend installing Live Essentials unless you see something in that list which really interests you.  I use and do like Live Writer, which is my preference for publishing to this blog.

I found the cause, in a setting I hadn’t noticed before:

When I uncheck it, Recommended Updates get moved from the Important category back to Optional.

I’m not sure when or how this got set, but I’ve noticed other brand-new machines do the same thing.  Is this the new default?

I just rolled out www.DandRpromotions.com!  If you need any custom print management, promotional products, or embroidered apparel, they’ve got your back.

And if you need one, I do full-featured E-Commerce sites now