I mean catch-up.
Too much work for too long meant many accrued life complications, so I’m on a purge… 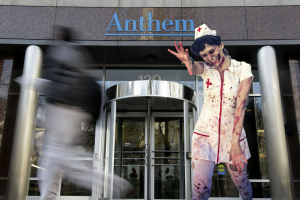 One target is paper: The last 3 weekends have included many hours of sorting through paper files for shred, toss, or reuse as scrap.  (Yes, I caught my mother’s frugality, so our family prints on the blank sides of old stuff, which is fun when you discover weird personal history on the flip side years later.)

In the shred category: I award special recognition to Anthem, Discover, and US Bank for taking an extra decade to notice any news about that new-fangled “identity theft”.  (It took them until ~2006 to start removing complete SSNs and account numbers from monthly statements)

The other is Digital: Today I turned to my blog feeds.  15 years had “collected” roughly 450 feed subscriptions in my reader, which I’m still reading daily.  …Well, I knew some of those 450 had gone dark, but managing them has been a recurring pain (browsing feeds by name isn’t easy in Feedly – how about some basic alphabetical sorting?).

So I decided to clean house on my feeds.  +A couple hours = a couple realizations:

…But wait, isn’t this Rob’s like, yearly blog post?  Yeah, I’m not done yet — that’s another comeback in the works.

But what direction?  Journaling is a great exercise and enjoyable, but what do I have that interests folks?
Comments would be a great measure, but I’ve never been popular enough for much of them, and folks have even LESS time for comments in the grunt-jab era, so they’re out. But …Akismet brags it’s outright blocked 18,279 spam comments just since I switched to WordPress 2 years ago.  And I get regular notices of spam comments quarantined for review (and that’s easy.  The last blog move was good to me, and I’d like to heartily thank the whole WordPress community.  Posting is way more likely when I’m not just cleaning up.)
So, without bothering on analytics, maybe the spammers know something.  They LOVE two ancient posts in particular:  my write-up on Royal TS (RIP), and another about line-breaks in VBScript.  (Was 2005 special?  It was arguably the golden age of blogging, but I’ve no idea how that could still echo now.)

So I’m gonna go with the topics: “meta-throbs” journally junk like this doesn’t enthrall, but every geek loves good Tools and Tips.  And I’ve always got tons of those, so I’ll try to get back to sharing them here soon.

I’d love requests too, but certainly won’t get my hopes up.  After all, there’s probably a heart-warming new LiberalCatVideo with a grunt-button.